UKIP refugee, Steven Woolfe upset to be refused entry to other parties 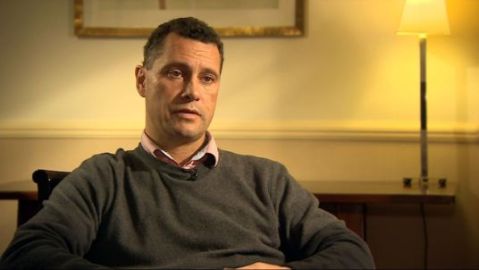 Part-time scrapper, Steven Woolfe has been left stranded and lonely, after fleeing UKIP and not being rescued.

“I was afraid for my life after being attacked by Mike Hookem. I had to get out at such short notice I had to leave my principles behind.” said Woolfe yesterday “Astonishingly, other political parties simply rejected me.”

A tearful Woolfe appealed to Conservatives’ sense of compassion “It never occurred to me that I wouldn’t be welcomed. My knowledge of how inciting racism works in practice would be a great asset in Brexit talks. But it seems they’ve now got some sort of points system and I don’t qualify. That’s just stupid.”

“So I tried Labour, as my experience would be useful to anyone exploring their inner anti-semite. But they told me to bugger off back to where I came from. Partly because I’m a bigshot lawyer but mainly because I’m ‘a prick’, apparently.”

Woolfe insists that although he had considered self-harming, things are not yet bad enough to approach the Liberal Democrats. “Everyone has standards.”

Comments Off on UKIP refugee, Steven Woolfe upset to be refused entry to other parties