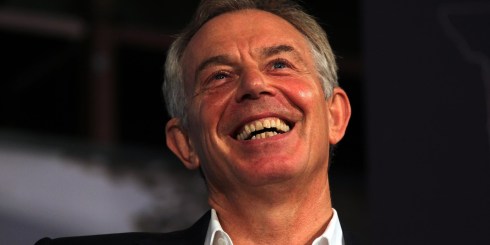 A giggly Tony Blair was seen yesterday, waving his credit card in the air and shouting “Let’s see you match that, Corbyn!” as security staff tried to ease him back into his home.

The former PM explained that he got the idea of multiple membership from Tories who signed up for £3 last year and voted for Jeremy Corbyn.

“Cherie and I hit the phones on Tuesday morning. We started at Adam Aardvark and reached Zebedee Zidane by Wednesday lunch. I maxed out my World Statesman credit card but I’ve a few dictators to brief during the school holidays. So, kerching, kerching!”