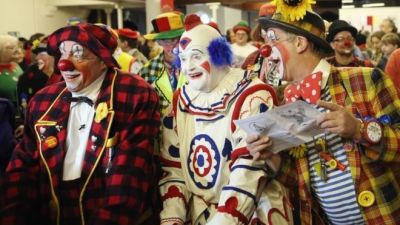 Another steaming tidal-wave of shit seems to have emerged from the Goverment’s favourite contractors, the hapless G4S.

With child victims of their custody staff assaults still sporting bruises, fresh allegations are that G4S police control room staff made loads of 999 calls at quiet times, to boost their performance figures.

Jon Pastry, managing director for G4S public services outlined the background to this latest calamity “We became aware that a shady firm of repeat offenders had made a 999 call to boost their performance figures.”

“Straight away, we dialled 999 and luckily the call was answered promptly. Almost immediately though, we learned that another dodgy call had just been made, so we phoned 999 to report that one too.”

Mr Pastry explained that no sooner had they called-in one offence than another one was flagged up. “Eventually we had to take on another member of staff to deal with all the work.” He expressed the hope that people had ‘forgiven and forgotten’ their Olympics’ security balls-up and the fiasco when they billed the goverment for tagging dead people.

“Though to be fair, none of them re-offended so you could count those as successful. We got paid extra for successful cases.”