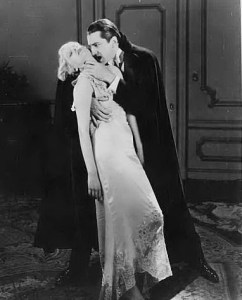 A failure to remember that the clocks had ‘sprung’ forward had tragic consequences for a 312 year old vampire this evening.

Norman Dracula, from Dunstable, woke as usual at 7pm and decided to nip down to the local off license for wine and cigarettes to steady his nerves before a planned big night of sexually stylised biting. Unfortunately 7.10pm was like 6.10pm the day before, and he was killed the instant he opened his front door.

Norman’s devastated friends and family said the error was quite out of character for the normally meticulous vampire.

“All we can think of is that Norman got a bit confused because Easter is coming up. Norman always said virgins tasted better on religious holidays and I think he was concentrating on that to the exclusion of everything else” said brother Ed Dracula.

Norman Dracula’s death was not the only weekend fatal vampire mis-stake.

A Norwich vampire was tragically killed after arranging for two pizzas to be delivered without realising Dominos were running a ‘buy two pizzas, get a garlic bread free’ special.

Comments Off on Vampire killed in tragic daylight saving error