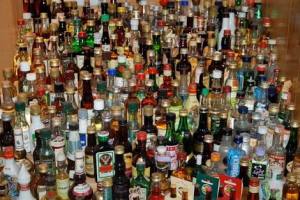 There was widespread relief today after alcohol experts confirmed that the strict new guidelines apply to other people, not you.

The wholly unrealistic new medical advice states that people are allowed only a miserly 14 units a week – equivalent to roughly a thimbleful of weak lager. There would be no possibility of sticking to this meagre ration, but fortunately it is only necessary for other people to do so, as it doesn’t apply to you.

Brian Renfrew, a purely social drinker from the village of Harold who can easily handle his beer, expressed his relief at realising he could ignore the new guidelines.

“Fourteen units, it’s not going to touch the sides!” he explained. “Luckily it doesn’t apply to me. I pity the other poor sods.”

When making the guidelines, doctors had in mind weaker, unhealthier people than you, who were also younger, older, or generally feeble.

You, however, will have no trouble greatly exceeding the stated amount, being the rocking bastard that you are.

The obvious exception to the rule is that if you happen to be a pregnant woman, in which case the new guidelines very much do apply to you. Unless you are proper hardcore, in which case you can probably have a couple.

Comments Off on New alcohol guidelines don’t apply to you, experts confirm