Jeremy Corbyn now abandoned by everyone apart from ‘voters’ 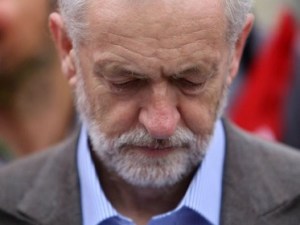 Down to his last 20 million supporters…

Labour leader Jeremy Corbyn is now so isolated politically that he can only call upon the support of a shadowy group of people known in the UK as “voters”, it emerged today.

Facing certain defeat in the Oldham by-election, Corbyn played a typically dastardly trick in persuading normal English people to come out of their homes in droves to vote for the Labour candidate.

The result, in which Labour scored a huge popular majority with an increased share of the vote, was condemned by commentators as “treason” and “Labour sympathising”.

Sun columnist Ron Liddle explained that Labour hadn’t really won at all, as getting the most votes in a democratic election was no guarantee of fairness, and proved his point with examples from history including Hitler, Stalin, and, confusingly, ABBA’s 1974 Eurovision Song Contest hit “Waterloo”.

It is unclear where Corbyn can go after this disastrously huge victory. If this performance could be reproduced in the next General Election, Labour would be in line for a stunning victory, but this would be unlikely to save a man who is frankly not allowed to win.

“Corbyn will be feeling pretty ashamed this morning,” insisted Prime Minister David Cameron. “Making it clear to the voters that you don’t support indiscriminate bombing, and then expecting them to vote for you – well, it’s a pretty low trick. Certainly something I’d never do.”

Meanwhile, Nigel ‘Man that time forgot’ Farage was making a convincing case why the Oldham election was unfair to his voters. Apparently, the local preference for postal voting discriminated against UKIP supporters, because they “can’t work out how to use stamps.”