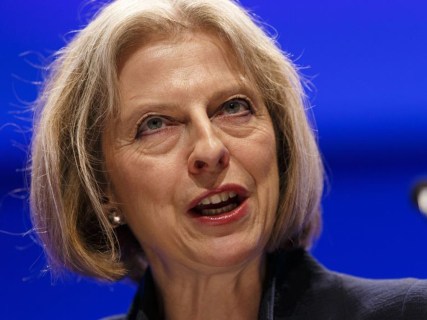 Speaking to the National Black Police Association conference, Theresa May has identified the current UK cabinet as an ‘exemplar of equality in action’.

Mrs May went on to explain how her own experience, as a black woman from a disadvantaged social background, informs all her work on behalf of the people of Royal Windsor & Maidenhead.

“Born black and in the hood gives me a great understanding of the deprived areas along the Thames, where some families don’t even have two cars, let alone two German cars.”

“Yes, being an afro-carribbean woman inevitably means I’m seen as a role model, but that’s a privilege. It was tough carrying the responsibility solo though, and when the Prime Minister invited me to remain Home Secretary in May I agreed, but on one proviso – that Michael Gove take over as Justice Secretary.”

“With a black man like Michael heading up the  justice system, it is only a matter of time before that affects public opinion and makes the Police an attractive career choice for young black and asian men and women. Now smile and look sincere for the cameras.”