Arrested FIFA officials vow to clear their names, at any cost 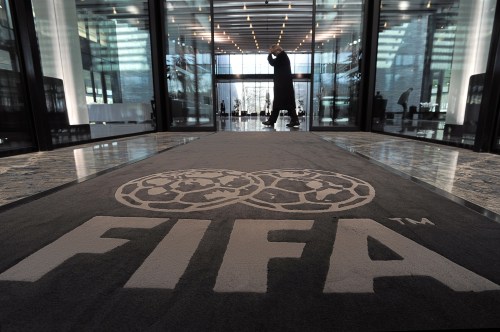 FIFA officials arrested on corruption charges in Zürich have vowed to clear their names at any cost, and probably in brown envelopes.

Speaking from the prison cell some believe should be Sepp Blatter’s new office, one of the arrested men explained he had his lawyers working with some of the best accountants in the land to secure his release.

“People in the past have said you can’t put a fixed value on freedom, however a few million Euros in unused notes comes close.

“To accuse us of corruption and money laundering is frankly insulting, and when my legitimate dry cleaning business that is never open to the public passes a brown envelope to the authorities, I am sure they will see the error of their ways.”

Unfortunately for the arrested men, officials are looking to gain an extradition order which will see them move from Switzerland to America on a permanent deal.

“The news of a move over the summer is a bit worrying” the arrest official explained.

“There is a danger we just won’t be able to compete with what the Americans are paying for the transfer fee.”

Comments Off on Arrested FIFA officials vow to clear their names, at any cost