Lenny Henry quits: “It’s time for someone else to benefit from Comic Relief” 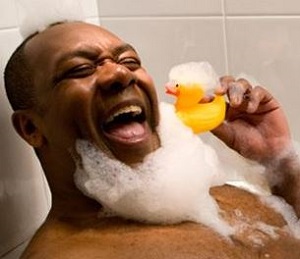 As Comic Relief celebrates 30 years of raising funds for deserving causes by threatening the nation’s television viewers with mild humour, two of its stalwarts have announced their retirement from the cause saying it’s time for others to step forward and benefit from the profile raising free publicity.

Former comedian, Lenny Henry, says he has a lot to thank Comic Relief for, having seen his status rise from token black guy on Tiswas to token twenty stone black guy advertising Premier Inn’s all- you-can-eat-breakfasts.

“It’s been quite a journey and we’ve seen some changes,” he said reflecting on the 30 years of Comic Relief. “On the first telethon I starred in a special edition of Love Thy Neighbour and the star turn was Jimmy Savile and Rolf Harris singing Gary Glitter’s Do You Want to Touch Me? Other than that, I’d have to admit that Comic Relief has been good for my career.”

Also quitting is revered writer, Richard Curtis, who always found his annual visits to the deprived of Africa profoundly upsetting. “One can’t help but become emotional after seeing how these people have to live without the everyday things we take for granted,” he said sadly. “Do you realise that there are people who have never heard of the Vicar of Dibley, let alone Hugh Grant? It’s really shocking.”

Comments Off on Lenny Henry quits: “It’s time for someone else to benefit from Comic Relief”