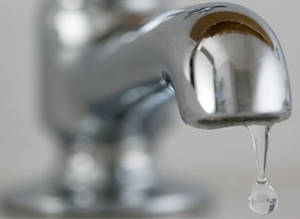 Terrifying, especially if you have to pay an emergency plumber.

Holiday cottage owners in Scarborough are reporting a ‘flood’ of cancelled bookings, after only the second episode of ‘Remember Me’.

The BBC ghost story has been blamed for an 85% drop in tourism, although sales of enormous sofas to hide behind have risen seven-fold.

“A stone cottage with no internet connection and a loft full of victorian toys has, until now, been a major draw for tourists”, said Jebediah Arkwright of the Scarborough tourist office.

“But now, as soon as one person complains about a dripping tap on Trip Advisor, half of future bookings mysteriously disappear. It’s even worse if they claim they could see the sea.”

Police are investigating claims that the show was part-funded by hotel owners in Blackpool, but due to budget cuts are only putting one officer on the case.

“He’s a disillusioned loner who likes poking around empty houses at night”, said a police spokesman.

“We don’t give him long. Not unless he takes a plumber with him.”