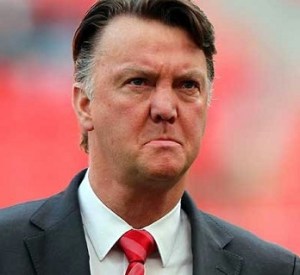 Following a string of disappointing results, Manchester United and Liverpool have applied to join the Scottish Premiership, it was revealed today. An initial approach has been made to begin playing in Scotland as soon as possible, starting next season, or even in the middle of this one, if no-one minds.

“We can’t see any practical problems with this. If Berwick are allowed to play in the Scottish league, I don’t see why we’re any different,” insisted Liverpool manager Brendan Rogers. “It’s like Hamilton, they’re in New Zealand, according to Google, and no-one complains about them.”

“The Scottish Premiership has long been considered an easy option, lacking any serious challenge,” he explained. “And that’s just what we’re looking for.”

One hurdle to the clubs’ application may be the concern that the skill levels of the incoming teams might lead to the league becoming unbalanced.

“This could certainly make the fixture list much too easy,” confirmed Kilmarnock manager Allan Johnston. “Until they get up to speed, we’d rather they started in League One or Two. They can work their way up. Maybe.”

“We’re relishing the challenge of playing tough games at the likes of Stenhousemuir,” enthused United manager Louis van Gaal. “The romance of a packed night at Ochilview Park, all 626 seats taken – it’s why you get into the game, really. You can stick your Bernabeu up your arse.”

Comments Off on Man Utd and Liverpool to join Scottish League