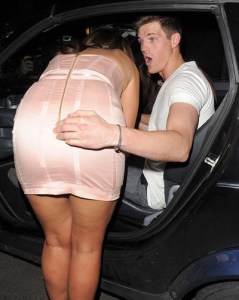 There’s room for your legs out the window dear

A Dunstable man’s strategy of showing his ‘green’ credentials by having sex in his electric Smart car has been so spectacularly successful that it has sparked a craze that is sweeping the UK.

Dunstable Council officer Andrew Chillace was overwhelmed by the reaction to his environmentally aware attempts to get his leg over.

“I’d been single for a few years – it isn’t easy when you are touching 50, have an appreciable paunch, and work in a dead-end job. Most of my female contemporaries were greenies so I tried sharing pictures of dolphins caught in plastic bags on Facebook. That got me a few likes, but for some reason it didn’t translate to any action.”

Mr Chillace explained that he then hit on the idea of buying a bright green electric Smart car.

“I drove the Smart car along to the Greenpeace meeting in Harold and I could see female heads turn the moment they realised the car was emission-free. Obviously I wanted to take things slowly at first so I just masturbated over the bonnet a little. But before I knew it women were queuing up for environmentally friendly nookie inside the car.”

“It was a bit of a mission as I’m a bigger lad and some of the earth mother types were similarly robust. Things got so tangled it was hard to know where the body parts ended and the gear stick started but that had its own advantages as I could pop out unnoticed to get a packet of fags” said Mr Chillace.

Mr Chillace, or ‘Andy’ as he now prefers to be known, said before long he had become a sort of poster-boy for environmental sex – the person everybody came to for advice.

“A lot of the women having sex in Smart cars were worried about global warming – I simply told them to wind the window down” said Andy. “And for those concerned about messy discharges, I’d remind them ‘reduce, reuse, and recycle’.”

Andy said he was wondering about further increasing awareness of environmental issues by having sex on solar panels but the combination of Dunstable’s micro-climate and sloping roofs put him off.

“I’ll just stick to the Smart car for the meantime – I can have as many women as I can handle plus I don’t have to worry about extended foreplay on account of the electric car’s pathetic battery life.”

Filed under Around Harold, environment, Motoring