Pub bans the word ‘So’ from beginning of sentences 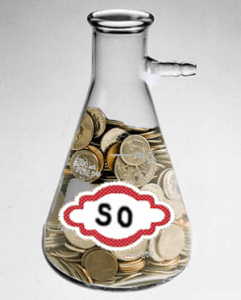 Sewing club has moved to a new venue.

A pub in Harold has banned customers from starting their sentences with the word ‘so’, in a crack-down on pseudo-scientific intellectualism.

On the bar of the Squirrel Lickers Arms a ‘So’ box now stands, replacing the well-rattled swears jar. And it’s already beginning to fill up, according to Eddie the landlord. He explained how he got the idea.

“So I noti…b****cks”, said Eddie, flipping a coin into the container. “I noticed a lot of people in here think they can sound all knowledgeable and reasonable, just by adding the offending word to the beginning of any old shite”, he explained.

“So I took the…oh for f***s sake…(*chink*)…I took the initiative and decided to fine people for their cod GCSE chemistry report cock-whiskery. I won’t have people in here turning the air litmus blue.”

Eddie talked us through how he set up the experiment, and gave a brief summary of the results.

“So you requi…fanny…(*chink*)…you require one medium sized box, one label and pen, a reasonably hygenic surface, and a baseball bat to supress adverse reactions”, he revealed.

“So all you…a**e w**k…(*chink*)…all you do then is rattle the f***er at anyone who starts talking about economics, global warming or osmosis, because it’s just a matter of time before they start coming across a bit ‘lab coat’.”

So far, Eddie has recorded a measurable decline in over-confident b****cks, and a marked increase in conversations about paganism and cheese rolling.

“In conclusion, the results were as predicted and repeatable. Except with Ron Ronsson, he heard them use the word on Radio 4 and he hasn’t stopped since, the insufferable so and so…(*chink chink*)…sorry, I meant c*nt.”

Filed under Around Harold, Culture, science