Study confirms all men are bastards 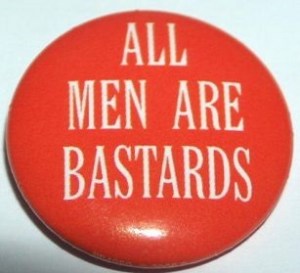 A 20 year-long study by Dunstable Psychology Professor Sue Rodgers has concluded that all men are in fact bastards. The study has attracted criticism due to the unusually small sample size (one) but Professor Rodgers argues that the findings are still ‘robust’.

“Just studying one man meant I could really dig deep and find what men are truly about, which is that they are bastards” explained Rodgers. “Tell me any other study that has gone to the extent of studying all the texts on a man’s phone and spread sheeting the 8,432 messages to and from that MANKY WHORE.”

Professor Rodgers said the study used multi-disciplinary techniques including detailed bank account analysis to confirm the robustness of the emerging ‘bastard’ hypothesis. “Little things like buying me service station flowers on Valentine’s Day while getting a gold bracelet for that EXECUTIVE ASSISTANT WITH LEGS AROUND HER HEAD just screamed ‘bastard’.”

The very long length of the study helped avoid jumping to premature conclusions, according to Rodgers. “If I’d stopped the study after one year I’d have said all men are hunky sex-pots, and even after 10 years I’d have found that all men are emotionally stunted but good at removing spiders. It all seems pretty naïve now given how obvious it is that all men are bastards – these days I prefer the spiders.”

Filed under Around Harold, Education

Tagged as All men are bastards, All women are bitches

One Response to Study confirms all men are bastards