Today is not Tuesday 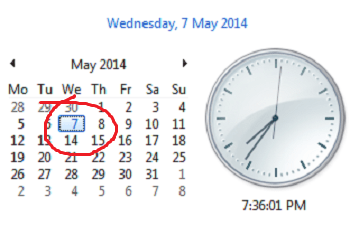 Experts have issued a warning to remind the working population that today is not Tuesday, despite yesterday feeling very much like Monday.

“I know you only went back to work yesterday after the weekend, but that doesn’t mean that yesterday was Monday, and therefore doesn’t mean that today is Tuesday.” confirmed Simon Johnson, managing director of a company that makes calendars, “Today is in fact Wednesday. So if there is somewhere you are supposed to be on Wednesday then you might want to get there as soon as possible. Because it’s today.”

The warning has left many people concerned that they have slept through a whole day and could find themselves in trouble at work, but they are being reassured that this is not the case.

“Today being Wednesday rather than Tuesday is a result of a rare phenomenon known as a ‘bank holiday’ that occurs in the UK around eight times a year.” explained Mr Johnson, “This means that it is ok that you weren’t at work on Monday because neither was your boss. So you are not going to get fired.”

“If you are retired or unemployed then every day will be much the same anyway, so please just go about your business as you would normally. But if you do have a job then I would just like to repeat that today is Wednesday, not Tuesday. If you are still unsure then consult a calendar.”

The news has been generally greeted positively by people who now realise that the weekend is a day closer than they first thought, but has left others still confused.

“So you’re telling me that today, which is Tuesday because I’ve only been at work one day this week, is actually Wednesday? And you’re sure about this? Absolutely certain? Wednesday? Not Tuesday?” asked Sheila Burns, an accountant from Manchester.

She then checked her calendar and added “Shit, I’m supposed to be at a conference in Birmingham.”

Comments Off on Today is not Tuesday