Batchcock and Marzipan among ancient names returning to popularity 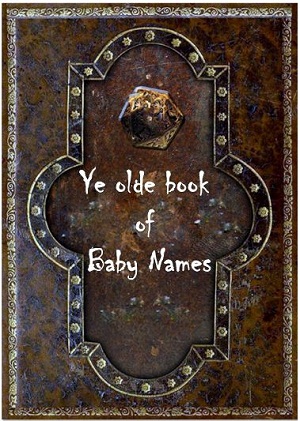 Ancient names that have not been used for hundreds of years are making a comeback as parents search for individual identities for their new born children.

After a period when Christian names were sourced from Gaelic surnames or favourite drinks, the fashion is switching to names derived from history with boy’s names growing in popularity including Hamlet, Batchcock and Dogend.

Whilst Hamlet is relatively well known thanks to the works of playwright J.K. Rowling; Batchcock is Anglo Saxon in origin meaning “many dickheads”, with Dogend being Old English for “cigarette butt”.

For girls, registrations of Marzipan, Wellie and Hovellie are increasing. The ancient name of Marzipan is thought to have enjoyed resurgence thanks to the popularity of television baking programmes, but Wellie (nothing to do with Wellington Boots, but female for “Willie”) and Hovellie – “homely” – were common names during the Middle Ages.

Ensuring that the name went well with the surname was seen as the most important consideration according to the proud new parents of young Methuselah Smith. “We agonised about Meths’ name for ages but it seemed to suit him,” said his mother, looking down lovingly at the dribbling smelly child.

Parents said they were sure that the name that they chose would shape their child’s experience. Many believed that names influenced how teachers responded to children. George, Charles, Emma and Harriet were listed as the names teachers felt most positive about. Bottom of the class were Savile, Moyes, Chardonnay and Peaches.