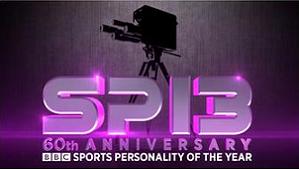 With Andy Murray named as BBC Sports Personality of the Year for 2013, people incapable of thinking for themselves have been busy repeating a ‘joke’ about him not having a personality.

“It’s called Sports Personality of the Year right? Personality, right? So how can Andy Murray win when he doesn’t have a personality??!” said James Luck, an office worker from Northampton, while grinning like he’d just invented comedy.

This is a scene that has been repeated up and down the country as incredibly dull people, who have no personality themselves, accuse the Wimbledon winner of being boring.

“To be honest I’m quite pleased that he won, and I think everybody I work with is too because I get to do my ‘no personality’ routine, which always goes down well. I had to put it on hold last year when Bradley Wiggins won because he has interesting hair and sideburns, and I didn’t know quite what to make of that but I think it might mean he does have a personality.”

James has been working on his routine ever since the shortlist was announced, insisting that most of those nominated should not be eligible as they “have no personality”.

“I had the whole office in stitches when I started going through the list and pointing out how dull each of them was, but Andy Murray was the highlight.” explained James, “When I got to him I even put on a bad Scottish accent and said ‘I’m really interesting’ in a dour, monotonous voice. All the guys loved it.”

“I skipped over Leigh Halfpenny though, because as a rugby player he’s quite a big bloke. And Hannah Cockroft is in a wheelchair, so I thought I’d better not make any jokes about her.”