Local accountancy firm gearing up for their January Sale 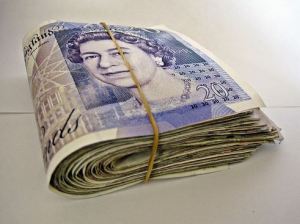 For a wad of grubby lucre, he won’t keep going on about profit margins, depreciation and capital allowances.

It’s the time of year when many self-employed people start to panic about the January Tax Return deadline.

“They catch me out every year, sneaking their brown oblong envelope in among the Christmas cards,” said Pippa Delaney, owner of Veggie! Veggie! Veggie! in Harold.  “How jolly nice of HMRC to send me a seasonal payslip.”

But help is now at hand with a local accountancy firm getting ready for their January Sale.  “We’ve got loads of special offers lined up,” said Geoffrey King, of King’s Counting House, “and some real bargains in our Down A Bit On Last Year range of simplified Tax Returns and, for the client whose dog chewed up his business records, our unique Sounds About Right range of off-the-peg accounts.”

Mr King said he was happy to speak publicly in defence of small-time accountancy firms, following a review of his working methods by the Financial Services Agency, who found he was ‘not complying with standard practice’ and expressed concern about him certifying made-up figures as ‘roughly in the right ballpark’ and even using examples of business accounts copied out of text books.

“Haven’t these watchdogs got anything better to do with their time?” said Mr King.  “They should be grateful for people like me helping the public cope with officialdom.  They’re only jealous because I get the same tax bills for my hard-working clients by pure guesswork as the big firms get for multinational corporations using complicated tax avoidance schemes.  Why don’t they go check some MPs’ expenses instead?”

Mr King believes in keeping things simple.  “We’ve got the whole process down to a few key facts about the type and scale of business and, mainly of course, what sort of figure the client has in mind for a tax bill,” he said, “and we can usually match them up to a ready-made set of accounts and an already-completed Tax Return.  It’s a bit like an online dating service, but not as sexy, obviously.”

“People have got enough to cope with at Christmas without having a panic attack about their Tax Return being late again.  That’s where we come in with our range of off-the-hook business accounts and pre-populated Tax Returns, all at bargain prices.  We’ll even throw in a free bag of miscellaneous paperwork if you want.”

“I’ve been using King’s for two years now and I won’t go anywhere else,” said local businessman Mick Clarkson of Clarkson’s Cars.  “HM can get as RC as she wants, I don’t keep books, end of.  Mr King is a god-send.  He sorts me out good and proper with some fancy-looking figures for a couple of hundred cash and a free car wash.  You can’t say fairer than that.  Hey, I hope you’re not an undercover taxman posing as a newspaper reporter.  No further comment anyway.”

“They should leave us tinpot village accountants alone,” added Mr King, “and concentrate on some of the big boys in the City who do the books for the likes of Amazon and Starbucks.  ‘Greedy fat bastard’ is an ugly phrase, I know, but, let’s face it, they don’t look exactly under-nourished.”