Banks misselling feature: Have you ever been in a bank? You’ve probably been mis-sold something 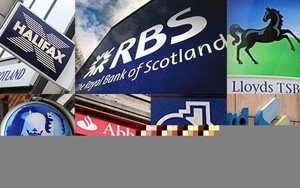 Have you ever walked into a bank, and had a conversation with one of the cashiers? Have you taken advantage of telephone banking only to find yourself talking to someone on the other end of the phone? Have you ever banked online and had some words on the screen?

If you have answered yes to any of the above, a new investigation has shown you were probably mis-sold something.

What could I have been mis-sold?

That depends on your interaction with the bank. The question you need to ask is ‘did I really need that …’. If the answer is no, but you chose to buy it anyway, then you were probably mis-sold it.

Sally, from Harold told us “I went on my bank’s internet banking, and found that once I had logged in, under all of my account details, hidden away below the small print, there was an option to have a text sent to my mobile phone when I was down to my last £30. The cost was 15p per text. It was only after a year I realised that I could probably do without it. It’s that kind of pressure selling that is giving the banks a bad reputation.”

John, from Dunstable explained how he was sold a product without even knowing about it. “I was in my local branch paying in a cheque when I asked the cashier ‘who pays for the pens?’. She then spent a couple of minutes explaining that the upkeep and running of the branch is paid for from the money the bank makes on its services. I clarified what she was saying and she agreed that essentially customers pay for the pens, which she confirmed. I feel violated that I have had to pay for a pen that I can’t even take home because the bloody thing is chained to the desk. It’s a con”

Gordon Brown, from Scotland told us how he was tricked into the biggest mis-selling case to date. “When I was important and in charge of the public’s money, I was asked to go to a meeting at the Northern Rock bank. Ten minutes later I found I had been sold a whole bank. I can’t believe how easily I had fallen for the high-pressure selling tactics, with them saying if I didn’t have this product thousands of normal people would lose a lot of money. Like all good cons, once I said yes my name went on a ‘suckers’ list and quicker than I could sell the countries gold reserves I found I had purchased shares in another three banks. They are very sly”

What should I do now?

Now that you are sure you have had some contact with someone at your bank, you can be confident you have willingly purchased something you didn’t need. The good news is that you don’t have to do anything. Your bank will write to you and offer you compensation, but unless you have learnt nothing from this whole saga, make sure you don’t fall for this again. Just say no to anything try to give you.

Comments Off on Banks misselling feature: Have you ever been in a bank? You’ve probably been mis-sold something