Harold Thursday pull out of sponsorship deal with drug dealer 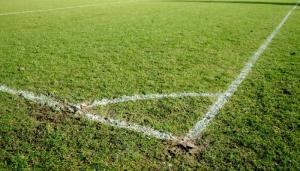 Harold Thursday have announced that they have abandoned plans to be sponsored by a local drug dealer after fans protested against the move.

Big Dave was due to appear as the club’s shirt sponsor next season, but the deal has now been cancelled after a backlash from fans who felt that promoting class A drugs on match days could be seen as being a little irresponsible.

Whilst we anticipated some negative responses from the initial agreement to promote illegal drugs for cash, we decided to ignore them when Dave offered us a quite substantial amount of money and looked at us menacingly.” said a statement from the club.

The initial move would have seen Big Dave’s name and phone number appear on the team’s home shirt and price lists for his various goods plastered around the ground. But since it was announced last week a “furious response” from fans has seen as many as six angry letters sent to the chairman, although it later emerged that one of them was a death threat intended for Piers Morgan and accidentally mailed to the wrong address.

“We have listened to our fans, taken on board their concerns and returned Dave’s money to him, plus a very reasonable rate of interest of course.” continued the club statement, “Our shirt sponsor next season will now be the man who was caught on CCTV throwing a coin at a player during our last home game of the season.”

“He insists he was merely being abusive but we have taken it as a sponsorship bid and printed his face onto our new home kit. And we’re keeping the 50p that he threw.”