Tourette’s Convention ends in chaos after outbreak of pleasantries 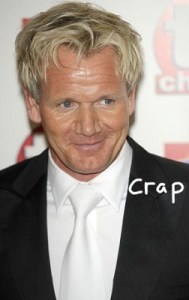 The inaugural Gordon Ramsay International Tourette’s Convention in Harold came to a premature end when the lunch descended into chaos after an outbreak of pleasantries.

Convention organiser Mike Hunt said it was bl**dy disappointing that convention delegates would behave like f**king 40 year olds. “You’d think in this f**king day and age that people could resolve their f**king differences without resorting to polite language and pleasantries.”

The trouble started after Gordon Ramsay hosted a lively pre-lunch panel debate over whether “feck” was a swear word. “Things were going perfectly f**king vitriolicly” cursed Mr Hunt. “There were the usual ripostes – one side said ‘of course feck is a fecking swear work’ while the other side replied ‘no it is f**king not’.”

Straight after the “feck” debate, London delegate Gavin Smith provocatively asked Pete McLeod from Glasgow to “pass the fecking salt”. Convention secretary Amy Cock recounted, “we all f**king waited hoping that Pete would reply ‘get it your f**king self, you lazy pile of c**ting dollop’. But all he did was sit there looking calmer and calmer until he finally replied ‘certainly sir, pleased to be of assistance’ as he pushed the salt towards Gavin.”

“After that it was all f**king on” said Ms Cock. “Gavin couldn’t let it bl**dy go and replied ‘thank you very much’. Soon everyone was ‘please-ing and thank you-ing’ all over the f**king place.”

Mr Hunt said the Police were called but they could not stop things getting bl**dy physical. “People were f**king shaking each other’s hand and were opening bl**dy doors for one another. One delegate even went as f**cking far as politely carrying another delegate’s luggage up five flights of stairs to his room.”

PC Anita Flegg confirmed the Police attended, with reinforcements summonsed from as far away as Felching. “We were sickened with what we saw and heard – we haven’t seen such wanton politeness since the Olympics. And to go to a Tourette’s Convention and not make a single arrest for offensive language was pretty f**king disappointing.”