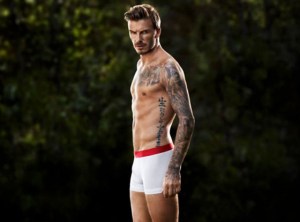 You would. Don’t lie to us, you so would.

David Beckham has announced that he is to retire from football at the end of the season after 20 years in the game and spend more time trying to complete a word search from the 1987 Beano annual which he started as a 12 year-old.

The midfielder became the first Englishman to win championships in four different countries when PSG secure the Ligue 1 title and feels that the time is right to bow out of the game and concentrate on a children’s comic.

“I never could have dreamed that I would have as much success in the game as I did and I have had an amazing career including the honour of captaining my country.” said an emotional Beckham.

“My only regret is that football has been such a way of life for me that I have still only found two characters out of sixteen in the Beano word search. Hopefully I will have more free time now I am stepping away from the game and I might be able to find Gnasher.”

Beckham’s career as a footballer has seen him keep his body in peak physical condition, and he hopes that this will bode well for a long life that may see him complete the puzzle.

“I’ve always looked after my health and will continue to do so. I’m 38 now so with a bit of luck I might have another sixty years left, which will let me have a really good go at finishing the puzzle.”

“With fourteen characters left to find that’s about four years per character.” added Beckham after an uncomfortably long pause,

“That might be cutting it fine, I should get cracking right away.”