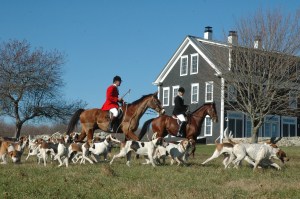 The egg is going to get it

The annual Harold Easter egg hunt is under threat today after an animal rights group claimed that the practice of hunting eggs with dogs is cruel, and threatened to sabotage the event.

A proud tradition believed to date back as far as 300BC, many locals look forward to the thrill of hunting with hounds each Easter Sunday, chasing chocolate eggs through the woodland South of the town. But if the campaigners have their way that could all be set to change.

“We understand that some people consider Easter eggs to be vermin and feel the need to control the population, but there are much more humane ways of doing so than letting a pack of dogs tear them limb from limb.” said Annette Crosbie, President of League Against Cruel Sports.

“If this is really about population control and not satisfying a sick blood-lust then there are alternative ways of keeping their numbers down, such as shooting the eggs, or 3 for 2 sales at Tesco.”

Supporters of the hunt say the eggs that are caught are killed almost instantly and claim tales of drawn-out hunts with terrified Dairy Milk eggs being pursued for hours on end are an exaggeration.

“The people campaigning for this ban simply do not understand what they are talking about.” explained hunt supporter Ron Ronsson, “In reality the hounds make a clean kill in seconds, with very little suffering to the egg at all.”

“If we were to shoot them, depending on the skill of the marksman they could actually suffer much more if a fatal shot was not achieved. You could see injured chocolate eggs slowly starving to death over a number of days. Nobody wants that.”

With organisers insisting that the hunt will go ahead as planned many locals fear there could now be trouble at the event, and are concerned that it could go the same way as a similar protest in Luton last year where protesters clashed with huntsmen and police, before “liberating” several Smarties eggs and smuggling them onto a flight to Mexico.

Filed under Around Harold, Crime, Vicars