Big Sneeze Theory: local cosmologist ‘in with a shout for a Nobel’ 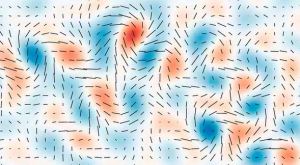 The beginning of the Universe has always perplexed the human mind.

But new findings by some of the most powerful telescopes in the world have given credence to the Big Sneeze Theory first propounded by Harold cosmologist Alec Fairchild ten years ago in the Squirrel Lickers’ Arms.

‘Professor’ Fairchild, as he’s known locally, has put in his claim for a Nobel Prize, supported by Eddie, landlord of the SLA.  “I remember it well,” Eddie told the Evening Harold, “he was expounding his sneezing theory left, right and centre.  In the end, I had to ask him to leave to prevent a flu epidemic.”

END_OF_DOCUMENT_TOKEN_TO_BE_REPLACED

Comments Off on Big Sneeze Theory: local cosmologist ‘in with a shout for a Nobel’