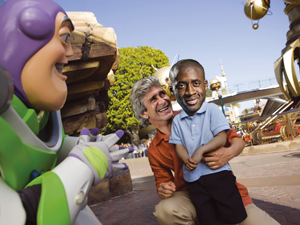 All smiles now, he was probably just overtired

Yaya Toure has ended speculation over his future by confirming that he will stay at Manchester City after the club apologised for not adequately acknowledging his birthday, took him to Disney World and bought him a balloon.

The current African footballer of the year had fuelled speculation that he may leave after a row over the club’s owners ignoring his birthday, but after Manuel Pellegrini cut short his own holiday to take Toure to Orlando all seems to have been forgiven. END_OF_DOCUMENT_TOKEN_TO_BE_REPLACED