Battle of Britain Flight Lancaster shot down in paintball accident 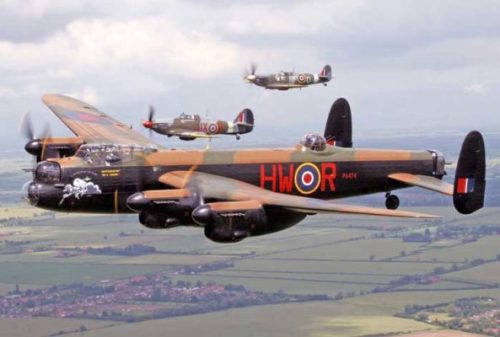 The RAF’s only Lancaster bomber has been ‘shot down’ by a Messerschmidt 109 fighter in a freak air-show accident in Harold.

The Lancaster, PA474, never saw combat although it’s been flogged round the country for years, taking credit for a victory in which it had no part; like an aeronautical John Terry. END_OF_DOCUMENT_TOKEN_TO_BE_REPLACED