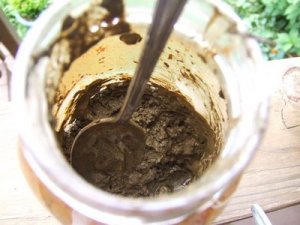 As anyone familiar with the horse meat fiasco will tell you, it’s important to read the labels on our food these days.

Sadly, that’s a task that proved difficult with Mrs Evans’ watery, orange sub-jelly. Her hand-writing might improve if she drank a little less.

But with some trepidation I bought a jar of her runny ‘graveyard for oranges’, from the charity Round Lion’s stall in the town hall. Taking it off their hands was a charitable act in itself.

On returning home, I eventually worked out that she’d been trying to write ‘marmalade’, a claim which is unlikely to stand up in court.

And while her sham of a jam was blessedly free of horse on the inside, the outside was a different matter entirely. No horse or pig was immediately obvious, but there was a poorly dyed hair, and a tell-tale smear of Canesten.

It makes you wonder what else she’s put in it.

Despite this, I resolved to ‘take one for the team’, and plucked up the courage to defile one of my hand-thrown loaves with her filth.

What did I think? Lacking in consistency, rather too bitter, and an overpowering odour of whisky. It’s obvious where her ‘marmalade’ gets it from.

If I had to sum up this abomination of a breakfast conserve in one word, that word would have to be ‘trollop’.