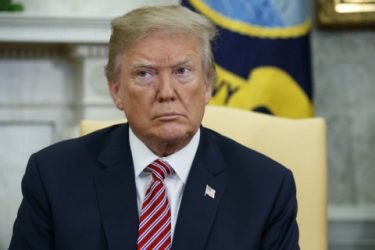 Donald Trump has spoken movingly about Aretha Franklin’s singing at his 2017 inauguration. “Aretha called me right after the election and insisted on singing.”

The President says it was Franklin’s dream to sing at an inauguration and she was upset that Barack Obama hadn’t asked her. “Anyway, she wouldn’t take no for an answer, something I know a lot about” said Trump “although usually from the other side of the fence”.

”Nina said I was already a great President, probably the greatest ever President. Should I say … I dunno? Maybe she was right – what do you think? Pause here, and shrug, Mr President.”

“She was a great singer. I could have been a great too …some folks are saying that I am a great singer, it’s not really for me to say. But I am.”