Sex pests move to distance themselves from Tory minister 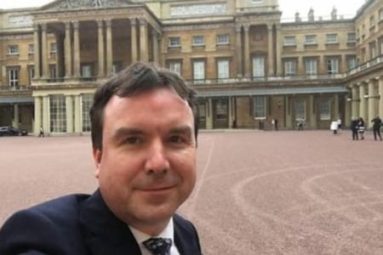 Griffiths likes whipping his out in public for selfies

UK sex pests have moved to protect their reputation after it emerged that a member of their Westminster branch was secretly a junior government minister.

Andrew Griffiths spends 40 or 50 hours a week texting lewd suggestions to young women, but has been sensationally revealed as minister for small business.

“I was shocked when I learned he’d voted against gay rights, equality and human rights” said a fellow sex pest. “What is the world coming to when a Conservative minister can go under cover and masquerade as an ordinary pervert? He doesn’t represent me.”

Griffiths later said. “I am deeply ashamed at my behaviour which has caused untold distress to my wife and family, to whom I owe everything, and deep embarrassment to the sex pests of this great country of ours.”

“I wish to apologise to the people of Burton, most of whom have never heard of me. I do not seek to excuse my behaviour and will be watching documentaries about the effects of Conservative policies on the poor and disadvantaged, to ensure it never happens again.”

“Oh and could I have your phone number?”