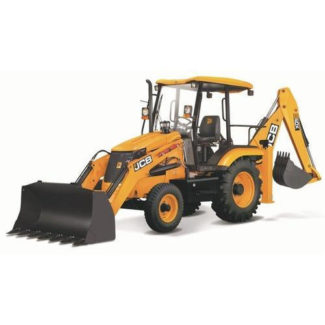 In the wake of Donald Trump’s new steel tariffs, retaliatory action is expected which could restrict the import of Harley-Davidson two-wheeled, agricultural behemoths.

However, JCB, the well-known maker of earth-moving equipment, is ready to fill the gap.

“Owners will first have to get used to the reduced noise and increased power of a stationary diesel engine, something like a small scavenge pump, before moving on to the real thing.” said JCB’s Sales Manager Jan Pickford, who outlined what ‘the real thing’ might involve.

“For the prototype, we sliced a JCB digger down the middle, front to back, leaving two wheels in each lump. Computer simulations showed both halves would handle better than any current Harley and indeed they did, ‘straight out of the box’, even with the original tyres.”

Demand will be high and so JCB will prioritise those with a history of owning the American icon.

“Prospective buyers will have to prove they’ve had a Harley before” says Pickford “but if they’ve no paperwork there’ll be a simple practical instead; if you can operate a wacker-plate whilst balanced on a tea-tray suspended in jelly, we’ll take that as proof positive – do you want it in yellow? Sign here.”