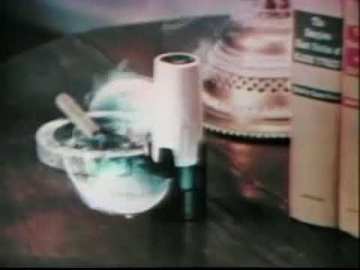 “I at first replied, when a loving flame dies, smoke gets in your eyes”

“You’re my best mate, man.” insisted Harold stoner Adam Cassidy yesterday, before adding “No, really. Are these your chips, can we order a pizza?”

The calming effect of Lavender, Jasmine, Cinnamon and Rosemary are already well-established in the Mumsnet, Yoga and Pilates communities but a good toke on some serious weed has often been overlooked in recent years, not least because its users usually can’t be arsed to pursue the argument after lunch. Or a decent three-course breakfast. Or two or three bananas. With yoghurt. And some stale bread.

“Have a bang on that, man.” said Cassidy dismissively, when questioned on the scientific research background by an Evening Harold reporter early this morning (about 2pm).

Comments Off on Airwick launches Airwick Skunk, to give ‘calming ambience’ for pet owners