Amazingly, Geoff Boycott is still not out 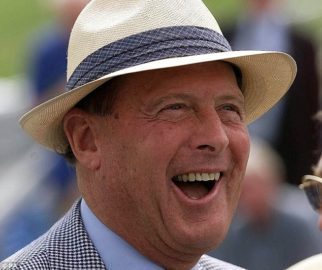 “I’d like to say sorry for being found out. Can I bill you for that?”

Former cricketer and legendary arsehole, Geoffrey Boycott is still ‘not out’ at the BBC, despite taking a risky shot at West Indian players.

Boycott’s smouldering resentment surfaced recently when at a Sky Sports event, forgetting some brown people were in the audience, he said he’d stand more chance of being knighted if he blacked his face.

A Buckingham Palace spokesman acknowledged “I suppose that might work – if it somehow stops him being an arsehole, which is the main impediment to his gong. But that’s unlikely, seeing he’s been an aresehole for at least sixty years”.

Our reporter asked Boycott if he was red-faced about the incident and he replied “No, I didn’t mean those kind of indians”.

Unusually though, Boycott chose not to go on the defensive. “I’d like to say sorry for being found out.” he said. “I get so used to blurting out what I think that I overlooked my lucrative BBC contract, which means me repeating what I’ve just told Sky Sports viewers – often using the very same words.”

When Boycott was reminded that Sir Ian Botham had not resorted to blacking up, he called for a glass of water and said he needed a little lie down.

Comments Off on Amazingly, Geoff Boycott is still not out