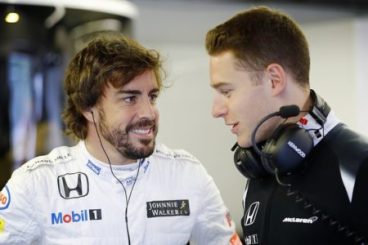 “Look at the positives, we always get to leave before the rush”

McLaren’s F1 drivers, Fernando Alonso and the other one, will start at the back until 2018, to stop them interrupting the race itself.

“Without this new rule,” says former F1 driver, David Coulthard “other cars taking grid penalties might push the McLarens further up the field, from where their woeful engines will make them dangerous, slow-moving mobile chicanes.”

Race organisers highlight another important safety issue; if, as seems likely, the McLarens need a push start, there’ll be no danger to their pit crew from overtaking cars, at least not until the others begin their second lap.

McLaren is trying to break their contract with Honda and has already had discussions with potential engine suppliers. Alonso is confident that their chassis is capable of handling the additional power of Atco’s top-of-the-range GT 36H 92cm Lawn Tractor.

“But if it can’t, we can drive round slowly, next to the actual track as usual for a few laps and mow the grass verges instead.”

Comments Off on F1 news: McLaren’s engine penalty is “having Honda engines”