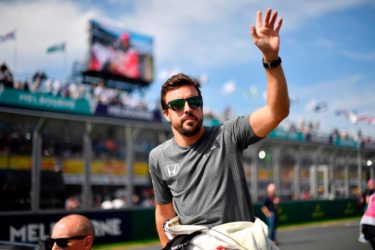 The semi-retired former world champion explained that his high-profile winter triathlon training was in fact a ruse, to throw reporters off the scent whilst the new power unit was being developed.

If the pedals work well, Button says they’ll add sails in time for the Spanish Grand Prix. “The breath from 100,000 shouting Spaniards should give Fernando an edge”.

“By the time I sit in for him at Monaco, we’ll be ready to try out the solar panels. Then, at Silverstone, we’re going to ask if I can give Fernando a push.”