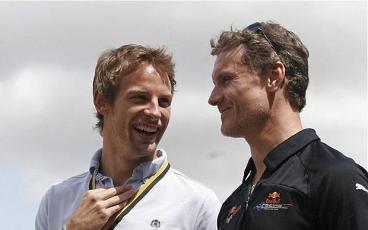 The famously laid-back Button then yelled at Coulthard to “piss off and do something interesting, like mowing the grass” before telling the Scot that, if he’d saved some the millions of dollars he’d earned as an F1 driver, he wouldn’t have to demean himself like this every grand prix weekend.