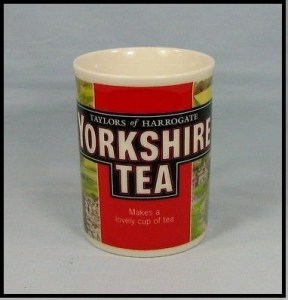 Yorkshire Water proved once again how hard it is, with an expected win over soft West Country underdogs in the Hard Water final in the River Calder in Yorkshire in heavy rain.

The West Countrymen had fluked a place in the final with a surprise win over Harold Waterworks last Saturday on the River Gluggle. But the visitors put in a soggy performance in Calderdale as the final ebbed and flowed during the first 20 minutes with neither side able to breach the opponent’s defences.

“We was all wet and wishy-washy,” admitted Barry Babbacombe, the flushed WC manager as they went in at half time 2-0 down.

The Softies got off to a better start in the second half. A flowing move saw them pull one back to 2-1 shortly after the break, with Mallard making good use of the right wing before heading home.

“Surely that’s a fowl,” remarked the commentator, pointing out that Yorkshire were still in their dressing room enjoying a refreshing cup of Hard Water Blend tea provided by competition sponsors Taylors of Harrogate.

But Yorkshire were soon back in the water-logged river, looking as hard as ever, by now caked in thick lime-scale. The visiting fans were completely drowned by a big Mexican Wave sent round the stand by the home supporters under the flood lights, spurring the Yorkies to give it every drop they had. They quickly overwhelmed the opposition with a torrent of calcium carbonate and no small measure of fluoride to take them 6-1 up at the final whistle.

“Water victory,” said the commentator. “Just look at those celebrations. They’ll be splashed all over the back pages tomorrow morning.”