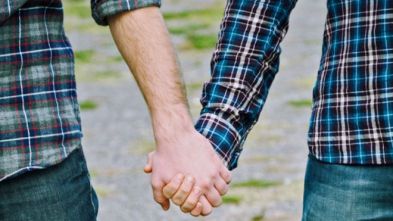 What started as a drunken bet among a few completely straight friends five years ago has snowballed into the largest “just- having-a-laugh” gay sex event in the Dunstable area, but it doesn’t mean anything because it’s for a good cause.

April 1st has a pink ring around it on the calendar now, as thousands of red-blooded men and women kiss, fondle and finger members of their own sex to raise awareness for I Am What I Am the local charity that campaigns for acceptance and equality for LGBT communities, even though they’re straight as a die and totally not into that sort of thing.

Thousands are expected to “come out” in support of the charity and “put their hands up” to volunteer for events  up and down the village.

“Obviously I’m only interested in straight sex, vaginal penetration,” said Pete Stoneman, hoping to break the Harold public botting chain record with five dozen other 100% straight fellers out to show their support for the charity, “but this Gay for a Day initiative is just a fun way of raising awareness of a very important issue, so we all need to do our bit.”

Also known as “Gaypril”, the event encourages sponsored homosexual acts to raise funds for the charity’s work, but of course it doesn’t mean you’re actually that way inclined, because it’s all about the charity and the awareness.

Sue Sharp, an accounts administrator at Harold’s knife and scissor factory, is planning to take part in a 24-hour double ended dildo marathon with Evening Harold columnist Brenda Ferguson on the village green.
“I have to say this is a big challenge for me, because I’m married with kids, and I’ve never really been into this kind of thing, and my husband knows it’s just for charity like when he dresses up in my clothes for Comic Relief but we’ve been training for a few weeks now, and I don’t want to let anyone down. The £180 pounds we’ve raised will go a long way…

Comments Off on Gaypril: village announces record participation in “Gay for a Day” charity event