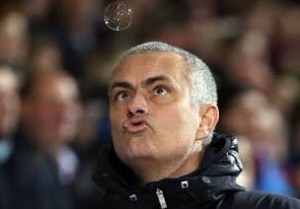 In a move which has seemed inevitable for some time, Chelsea Football Club were last night finally sacked by manager Jose Mourinho.

Chelsea have been struggling this season, but given their pedigree it still came as a shock to many to see them let go. However, in recent weeks, it seems that the dressing room had completely lost the goodwill of the manager, which could only lead to them moving on.

In what some are calling the coup of the century, it is believed that Manchester United are preparing an audacious bid for the unemployed Chelsea team, as they currently don’t have one.

Mourinho issued a brief statement, thanking Chelsea for their contribution since he returned as manager, “but results have not been good enough this season, and we believe it is in the interests of both parties to go our separate ways.”

“I wish to make clear that Chelsea leave me on good terms, and will always be welcome to visit me at my villa in the Algarve.”

It is understood that as part of the severance package, Mourinho will allow Chelsea to continue to pay him until the end of the season.

A few commentators have noticed that it is more usually the club which sacks the manager, rather than the other way round, suggesting that no matter how special Mourinho might be, he will have trouble winning games without any players.

Others pointed out that it will be highly enjoyable to see the former Chelsea boss standing on the touchline alone, angrily blaming referees as the other team scores goal after goal completed unopposed.

In other words, business as usual, was the general opinion.
* Thanks to Alan Usher for the Man Utd line!

Comments Off on Mourinho sacks Chelsea