US mass shooting at [add place] 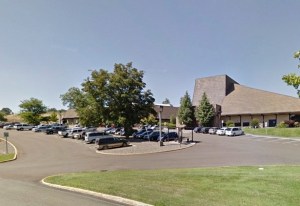 A gunman has shot numerous people at a US [college / school / church / other].

Initial reports are that [add big number] have been killed and [add even bigger number] are seriously wounded at [add place].

Little is known about the gunman at present, but media are swarming to the area and will soon interview someone who will confirm the shooter appeared [completely normal and was a credit to his parents / to be a loner who kept to himself].

People across America are sending their prayers to people at [add place], with those from the Mid-West and the South adding a small footnote reminding God that guns aren’t the real problem.

An NRA spokesman said the mass shooting at [add place] was tragic, but rejected calls for gun control saying the killer could just as easily have killed people with a [fertiliser bomb / car / giant cucumber].

[Add President] said he was monitoring the situation at [add place] and the incident showed that Americas borders needed to be secured [add wall] from [Muslims / Mexicans / mentally ill Americans / other]. [Add Republican House leader] said while [he/she] (almost certainly he) was deeply sympathetic to those affected by the shootings at [add place], the 2nd Amendment preserves the rights of Americans to be the victims of mass shooting.

Comments Off on US mass shooting at [add place]

Tagged as Another US mass shooting, Stereotypical NRA reaction, US gun control