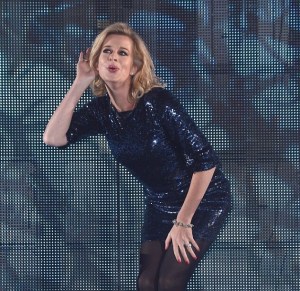 Channel 5 have admitted that this year’s Celebrity Big Brother is just a hoax to get Katie Hopkins out of the public eye for 2 weeks.

“We have no intention of televising this year’s programme,” a channel 5 spokesman said, “we just thought after years of putting this crap on the television, we owed to the public to give something back.

“Locking Katie Hopkins up legally and getting her off the streets, off the telly, and off of Twitter for a while more than pays our debt to society.”

Twitter has welcomed the move saying they can now give half of their server capacity a rest now she is not tweeting hate and retweeting anyone that shows her any attention.

The channel has said the are obliged to let her out at some point but will keep her in as long as possible, but said the downside for the public is having to tolerate extended repeats of Ice Road Truckers in its place.