Chris Moyles ‘disappointed’ to find out he’s not a ‘second-hand car salesman’. 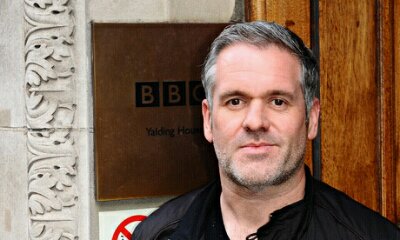 Former Radio 1 DJ Chris Moyles has said he is disappointed to discover he is not a second-hand car salesman as declared on his 2008 self-assessment tax return. The news came to Moyles during a tribunal into a claim he used “working wheels” to avoid paying up to £1m in tax.

“I genuinely thought I had what it takes,” Moyles said in a statement. “I had over £600,000 appearing in my bank account that year and hadn’t even kicked a tyre, let alone set foot on a forecourt. Imagine how well I could have done if I had put more into it.

“Every morning when I finished my breakfast show I would put on an ill-fitting suit, adopt a ‘mockney’ accent, and take a taxi to my accountant’s office where he would reassure me I was a second-hand car salesman. I had no reason to disbelieve him and continued to seek reassurance that it was all legal.

“I would ask ‘are you sure I am a used car salesman’ and he would reply ‘yes’. If you can’t trust an accountant then who can you trust?”

Since leaving Radio 1, Moyles has starred in a UK arena tour of the musical Jesus Christ Superstar. He played the role of King Herod, a King who gained a reputation for living a lavish lifestyle at the expense of tax-payers.

Although the investigation into Moyles’ tax affairs has been based around the financial year ending 2008, a statement from HMRC says they will now be looking into other years as well.

“One of our beady-eyed tax inspectors noticed that whilst at Radio 1, Moyles tax returns claimed he was an ‘entertainer’.”

Comments Off on Chris Moyles ‘disappointed’ to find out he’s not a ‘second-hand car salesman’.