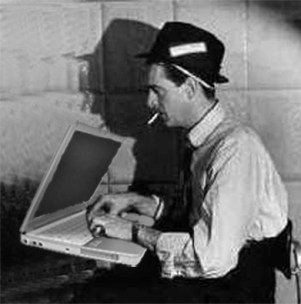 ‘Remember the Referendum’ asked a certain Evening Harold editor(?) hopefully to an award-winning local journalist (yours truthfully). ‘Soon it will seem like so long ago, but what was the result anyway? Should we run (publish) something with it in?’

I said I would look it up and get back to her somehow, but after a slurp of my coffee and some sleuthing on Wikipedia, my integrity that I like to mention drove me to dig a deeper hole for myself. With the Scottland referral now past yore, it was time, thought I, to investigate the remains of the end to it.

I went on to the train to get there (Scotland), getting on the rail early so I could sit down and go to sleep.

Harold’s Alan Whicker municipal station was quiet and all I could hear was the noise of all the busy commuters and all the trains chunting around.

My first Scotsmen that I spoke to when I embarked-off the carriage was called ‘Sandy’ he said. He said “he didn’t have any interest in the thing” because “I’m not Scottish he told me”.

I was in the big town of Glasgow, home to two of the large Euro footie teams [check them], so I did what is, as they say, de vogue in the Scots’ home – I went and sat down for a bite to eat.

In the sandwich place I was I spoke to ‘Sandy’ – a young girl of my height and hair who told me “£2.40 please” but not before I’d quizzed her about the referral. She said that “she” was not interested in “discussing” this issue “with” me, so “I” dropped it all “because” a good journalist “knows” his or her “limits”.

When I was outside again I felt the chill and pulled up my jumper. A Scotsmen came over to me to see me. I asked if he was called ‘Sandy’ or ‘Hamish’ – which he was neither. We talked of nothing things before I felt keen enough to report on him.

Asking, I said: “The result?” He answered “Yes(?)” which sounded like it might be a question so I put a question mark inside some parentions to show that it could have been or wasn’t.

Anyway, we talked some more before I then said: “If Scotland ever changes does that mean we all change too?”

He didn’t know this (his name was ‘Bernard’) and we went on separate directions.

Ah, I thought, this is the Scotland of the old Scotsmen writers: Henry Bruce, Sir Scott and John Joyce. And then I thought, Ah what would they make of all this? There seems no way of answering some questions though – which is perhaps the famous ‘Scottish Travesty?'(?)

When my train left I was on it. Soon after some hours we again saw the England I live in appear: the fields, the skies, the train lines. It’s slightly different, I thought, than where I’ve just been. But by then I’d fallen asleep and was already dreaming “the dream of the romantics”.

Long live the flag was how I thought best to end it. But which one? But by then I’d woken up and fallen asleep again.