UK terrorism threat downgraded to ‘Fucking hell, run for it’. 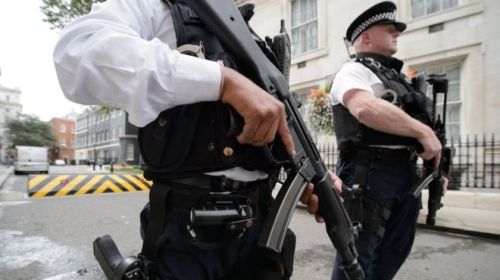 The insanely evil but inexplicably foxy home secretary Priti Patel today announced that the threat of terrorism in the UK had been reduced from ‘Holy shit, we’re all going to die’ to the lower level of ‘Fucking hell, run for it’.

This is the first time the terror threat has been set so low since it was raised from ‘Jesus, that was close’ back in 2014.

“Clearly we are reviewing the situation continuously” advised Ms Patel while gnawing on a human leg bone.

“We are of course looking forward to when we finally take back control with our own traditional British terrorism. Back to the halcyon days when we could look warily at anyone who has a regional accent, and we can lock up people without trial with impunity again”.

Cherry faced, rotund pile of fetid human detritus, the ironically named MP for Rayleigh and Wickford, Mark François, opined nostalgically, “I don’t mind being blown up, as long as there is a coded warning 5 mins before and that it’s white people doing the bombing. Back when terrorists knew how to do terroristics properly, like real gentlemen. Heady days.”

Meanwhile the security services remain vigilant in the hope that one day we can look forward to the terror threat being reduced to its lowest level of “Call that a bomb? I’ve sharted more damage than that, mate”.

Comments Off on UK terrorism threat downgraded to ‘Fucking hell, run for it’.