May welcomes reduction in JAMs & increase in No Longer Managings 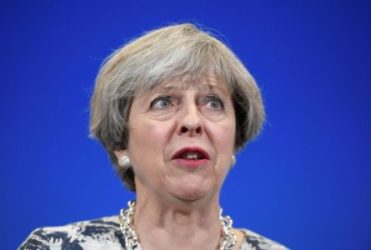 The PM says more people no longer managing highlights the success of her focus on cutting the number of JAMs.

“If you replay my first speech as Prime Minister, you’ll see that I promised to deliver to those who were just about managing.” said Mrs May today, responding to a Resolution Foundation report on the economy.

“And I have delivered. Fewer people just about managing means fewer children living in uncertainty. In their new, more certain status, they know exactly what they’re going to get – nothing.”

Mrs May then rounded on her political opponents. “Mr Corbyn just can’t bring himself to welcome these increases in the key economic numbers.” she complained “People in poverty? Up. Pay gap? Up. Housing costs? Up.”

“I could talk all day about indicators like this” asserted Mrs May “Yet  you still wouldn’t hear the Labour Party say anything positive about the economy.”

“It’s almost as if they don’t understand what’s really going on in the country at large. Is this supposed to be sarcastic?”