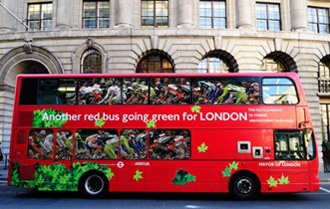 Cycling inside a bus ‘even safer than stabilisers’

In response to a shocking rise in accidents involving bicycles, a road safety group is urging commuters to do their cycling ‘inside a bus’.

“Cycling is undoubtedly the best way to get to work”, claimed Polly Harvey of campaign group ‘Two Wheels Good’. “There’s no other way of arriving all sweaty and self-righteous, and with your genitalia accentuated in lycra.”

Harvey insists that with a few simple modifications cyclists will not only be able to clutter up bus lanes, but also buses. “With a bit of effort, a half-decent bike can be lugged up to the top deck. Once there you can pedal up and down the aisle, making commuting safer for nearly everyone.”

Rival pressure groups have criticised the plan, which has seen a six-fold rise in injuries to bus passengers. But Harvey insists the passengers are ‘largely at fault’ f0r choosing not to leap out of the windows as the peloton rushes at them.

“Cycling is the ideal green, passive-aggressive transport for starting each day on the moral highground”, said Harvey. “If bus users would just put down their kindles and lurch out of the way of our members, we’ll all rub along perfectly safely.”

The relative safety of the scheme is already encouraging others to get on their bikes and find a different way of getting into work. Justin Moore explained how he now appears to arrive by bike, and his colleagues are none the wiser.

“I’m ashamed to say I still use the tube, but I’ve got a foldy-up bike I can lug along in a bag”, he admitted. “Then when I arrive I just pour water on my leotard, and complain loudly to the receptionist about some c*** in an Audi.”

Moore gave some tips for other pseudo psychlists to follow, to make the subterfuge complete.

“Wear latex pants that are three sizes too small and try and maintain a semi”, said Moore. “And pop a Lego man in each of your trainers. That helps you adopt the odd, tottering walk of proper cycling shoes, as well as the grimace that comes from having an indignant van driver stuff your bike pump right up your arse.”